A night view of Turin, as magical as it is rapid because it was captured from a plane coming in over the city, remained fixed in the artist’s mind; inspired as in a revelation, Laura Ambrosi decided to restitute it with the instruments and materials she uses.
Employing, in fact, thread, a needle and loom made of methacrylate (plexiglas), Embroidering on Turin is an homage to one of the two cities in which Ambrosi works. The installation appears at first to be simple and immediate, but like all this artist-Arachne’s work, its weave is far more elaborate and complex: added to the stitching, the embroidery and the lace (set onto most of the work Ambrosi has done in her research on garments), is the hard work of a modern-day Penelope who works hastily in the dark to weave/plot the lighted paths of Turin’s streets. For the artist, the work of marking out Turin’s avenues with needle and thread is
almost a ritual gesture which, with the body’s full movement, travels over the city, embraces it, possesses all its lanes, the places she is intimately tied to. Bordering on blindness, Ambrosi’s installation becomes one with the territory, a new way of seeing the city in which there is no longer any distinction between full and empty spaces; each place can be perceived only thanks to light, the new material that has no form of its own but (through what the artist does with it) takes on the form of what it follows and travels over. (Claudio Cravero) 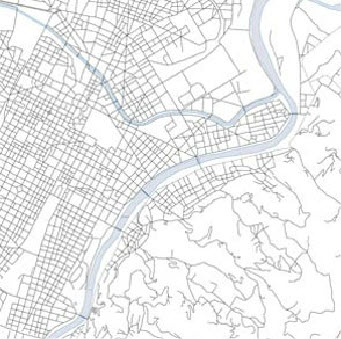 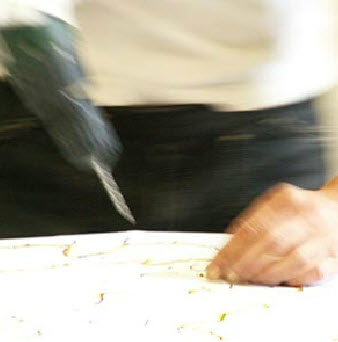 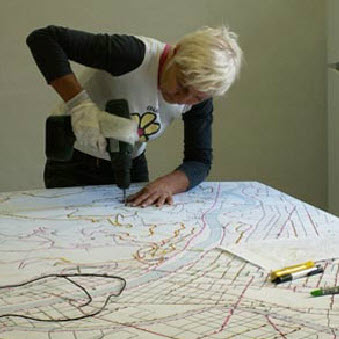 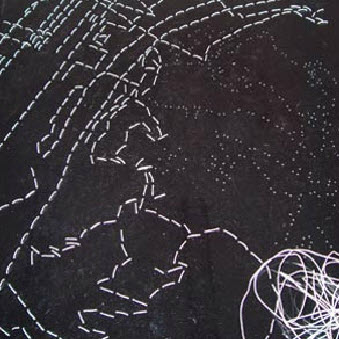 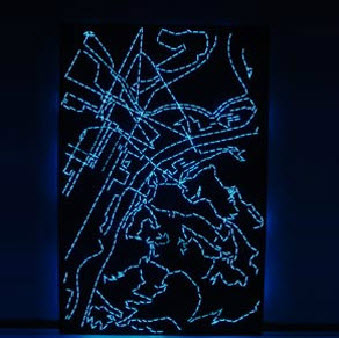 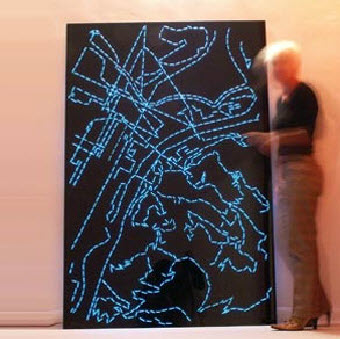 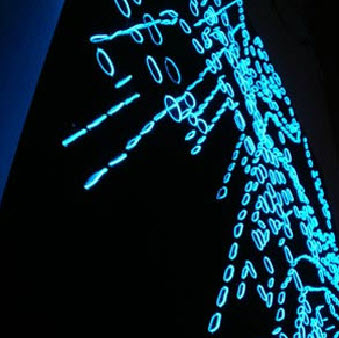