Zeroinfinito- In a dark room, it is bounded empty space, a circular space with eight-cylinder light suspended, describing / writing a zero, the non-number, the absolute emptiness or the absolute fullness.
The images were photographed during the demolition and reconstruction in areas of former workshops Savigliano in Turin and at the steel Ferrero in Settimo Torinese.
“Through their research, the artists lead us to consider the work as an open text, contingent, metaphorical than daily. The work is the result of concrete processes whose primary purpose is to reveal connections between methods and experiences: an uninterrupted flow inside a mental and perceptive, interwoven relationships between centrifugal forces that mark the relations between subject and context. The void, alludes to the title of the exhibition is seen as an opportunity for positive indefinite absence from which everything becomes.” (Tiziana Conti) 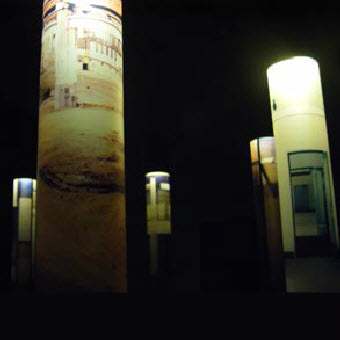 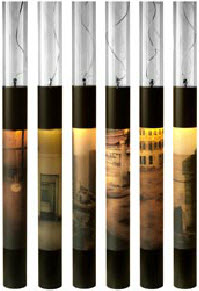 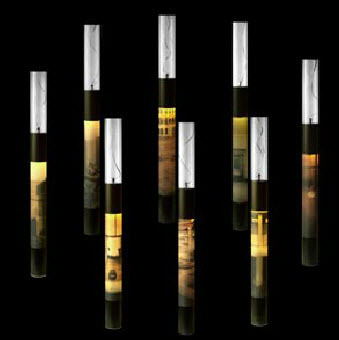