Key words is a site specific developed by Laura Ambrosi starting from a series of written accounts about the work of a group of Caritas Volunteers.
From among all the texts, the artist picked up and took into herself the stories of a few women volunteers supporting other women who were living a specially hard and tricky time. Ambrosi engraved by hand a selection of these accounts on transparent plexiglass sheets; the selection came after a deep reading and studying, in search of the most meaningful ones, which is not the same as to say the most deserving or the loudest ones; on the contrary, she took the passages that echoed in her and moved her emotionally.
To realize this work, the artist has chosen to express herself through the words of some other people, to share them and at the same to act as a spokesperson for unknown women.
Looking at the sheets, piled up in a sort of irregular column, you can see how often the text character changes: her personal handwriting has been used to put in evidence the passages where she recognize a glimpse of universality, a correspondence between issues and emotions.
The sheets are piled up, fluttering and crinkling, as a common letter collection on a worktable. On the pedestal of this transparent column, where the words seem to play on, there is a mirroring sheet with a neon script – “my keys” – that enlights the installation as well as the intent of the artist in a metaphorical way. So the words are keys, to open the many doors we happen to find bricked
up and giving onto nothing. And yet, even beyond a bricked up door, we can catch a glimpse of light…(Susanna Mandice) 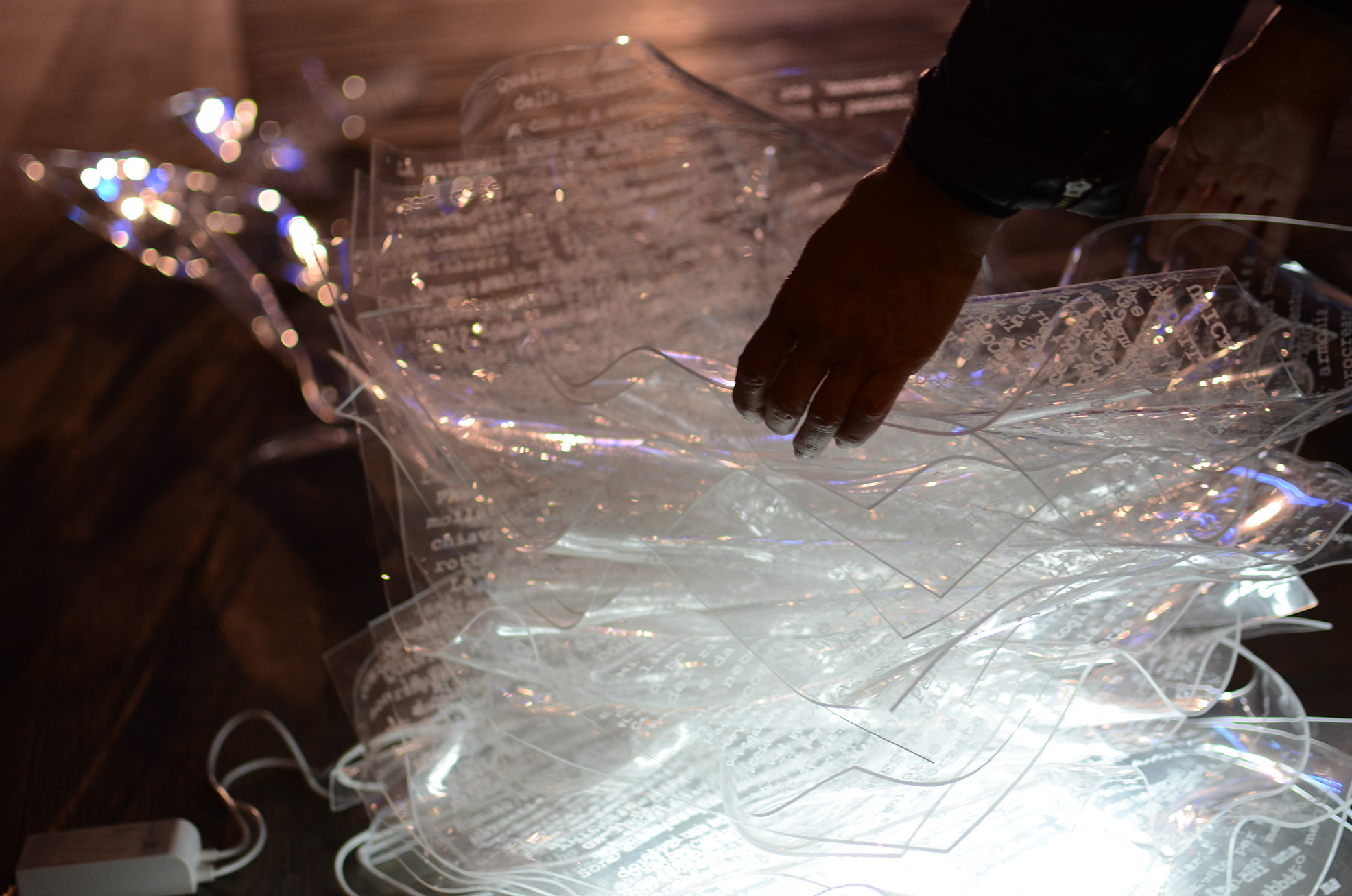 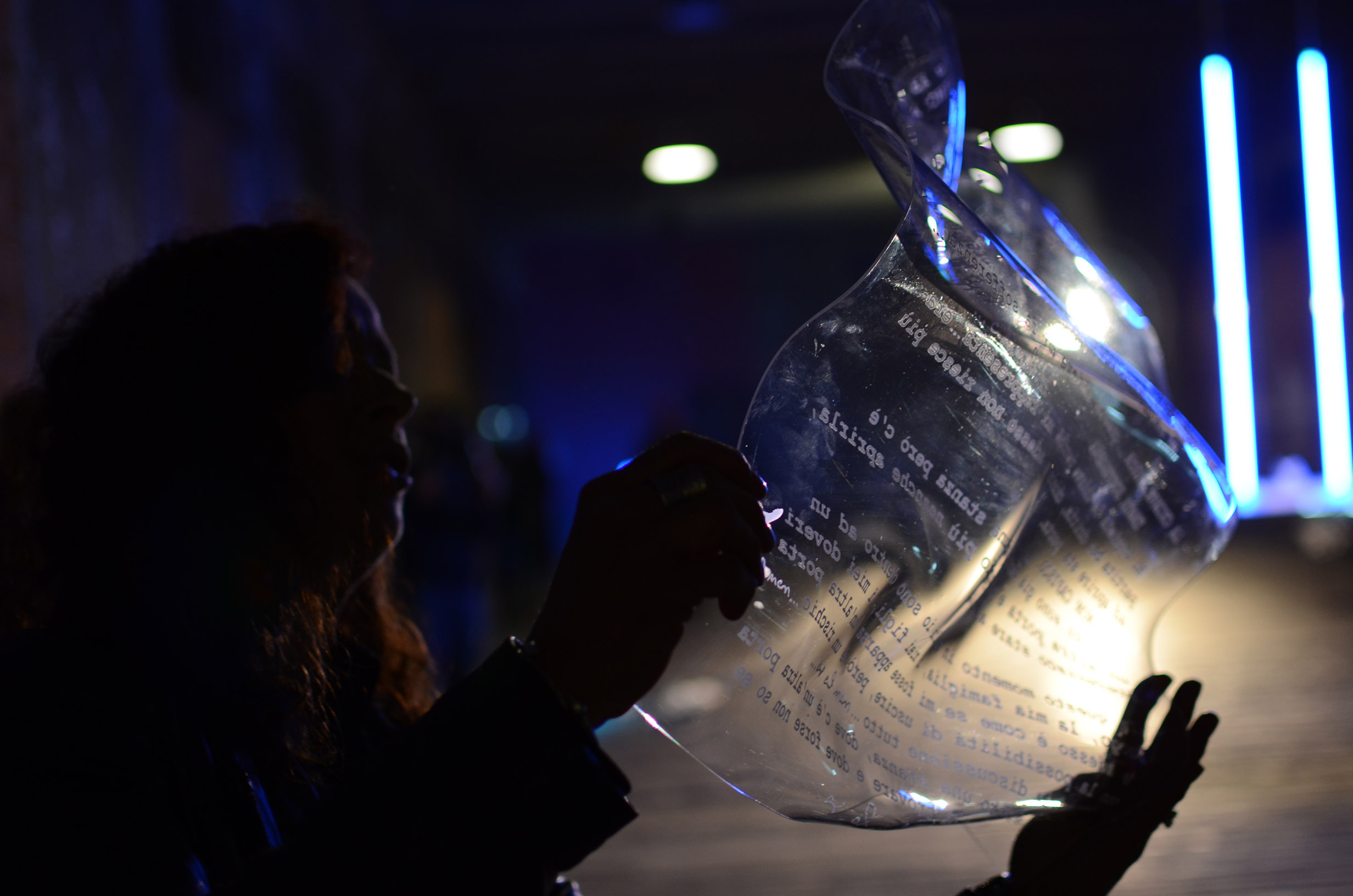 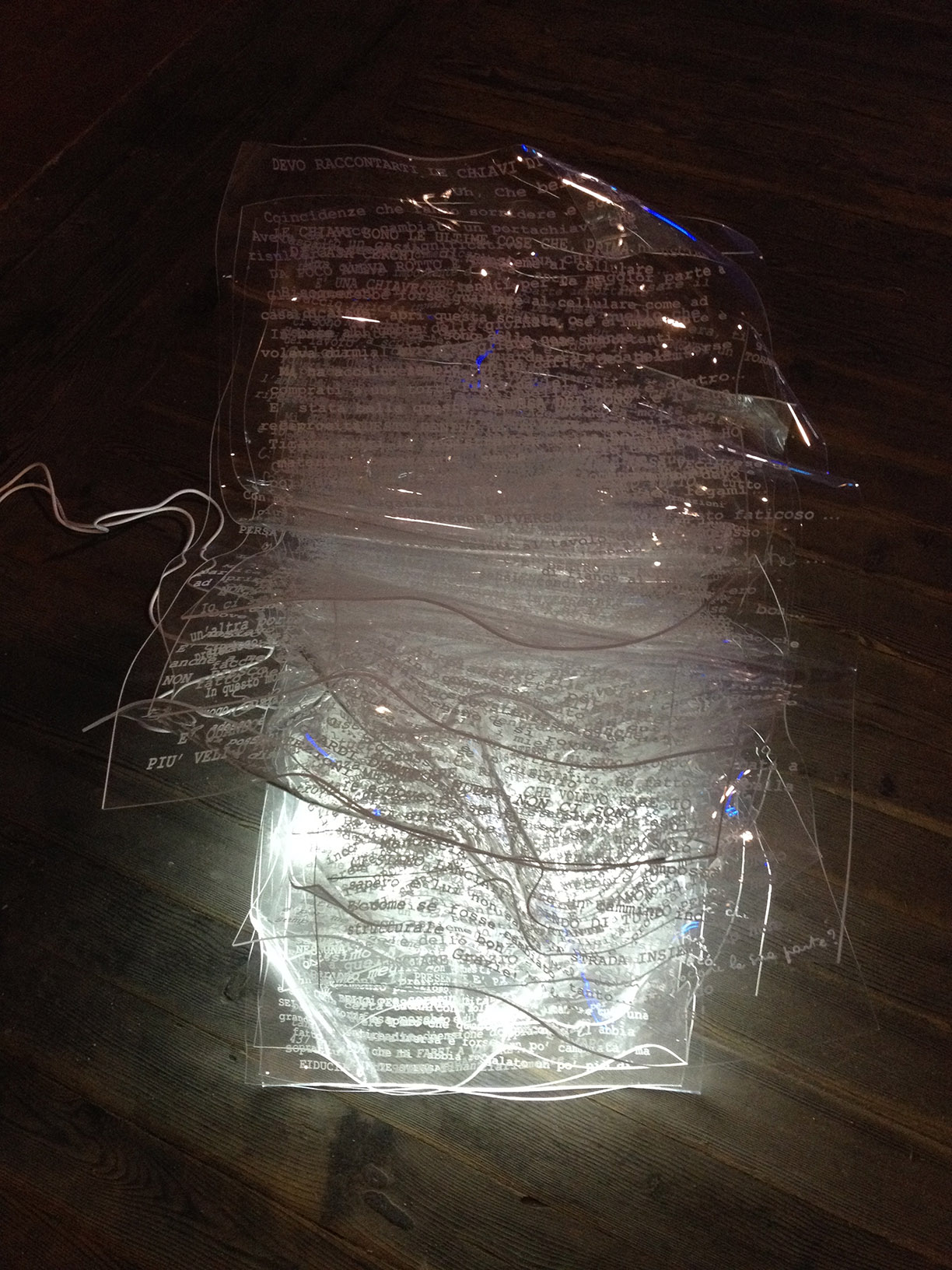 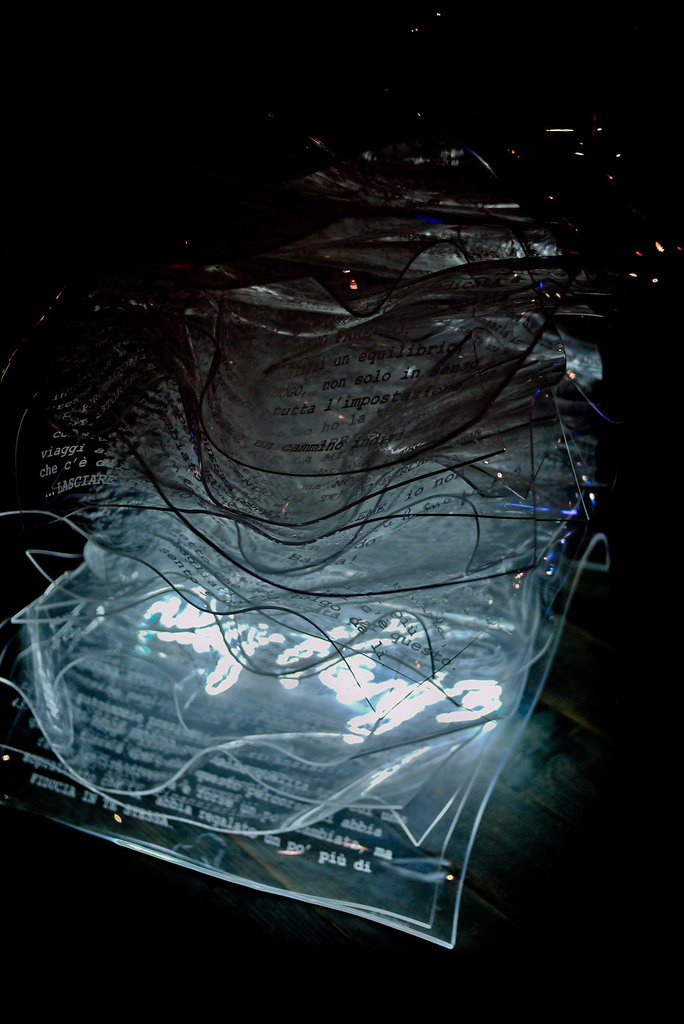 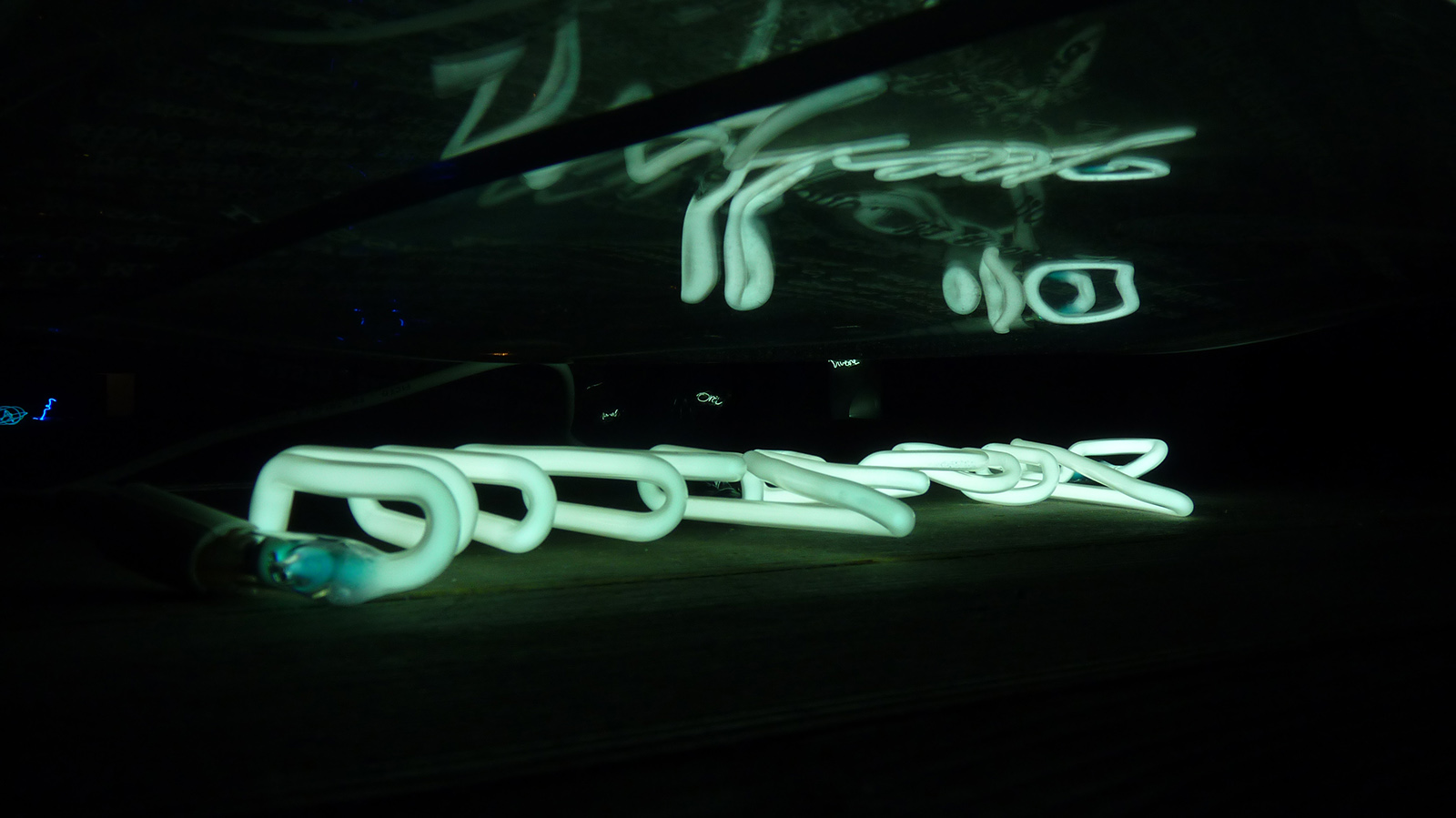 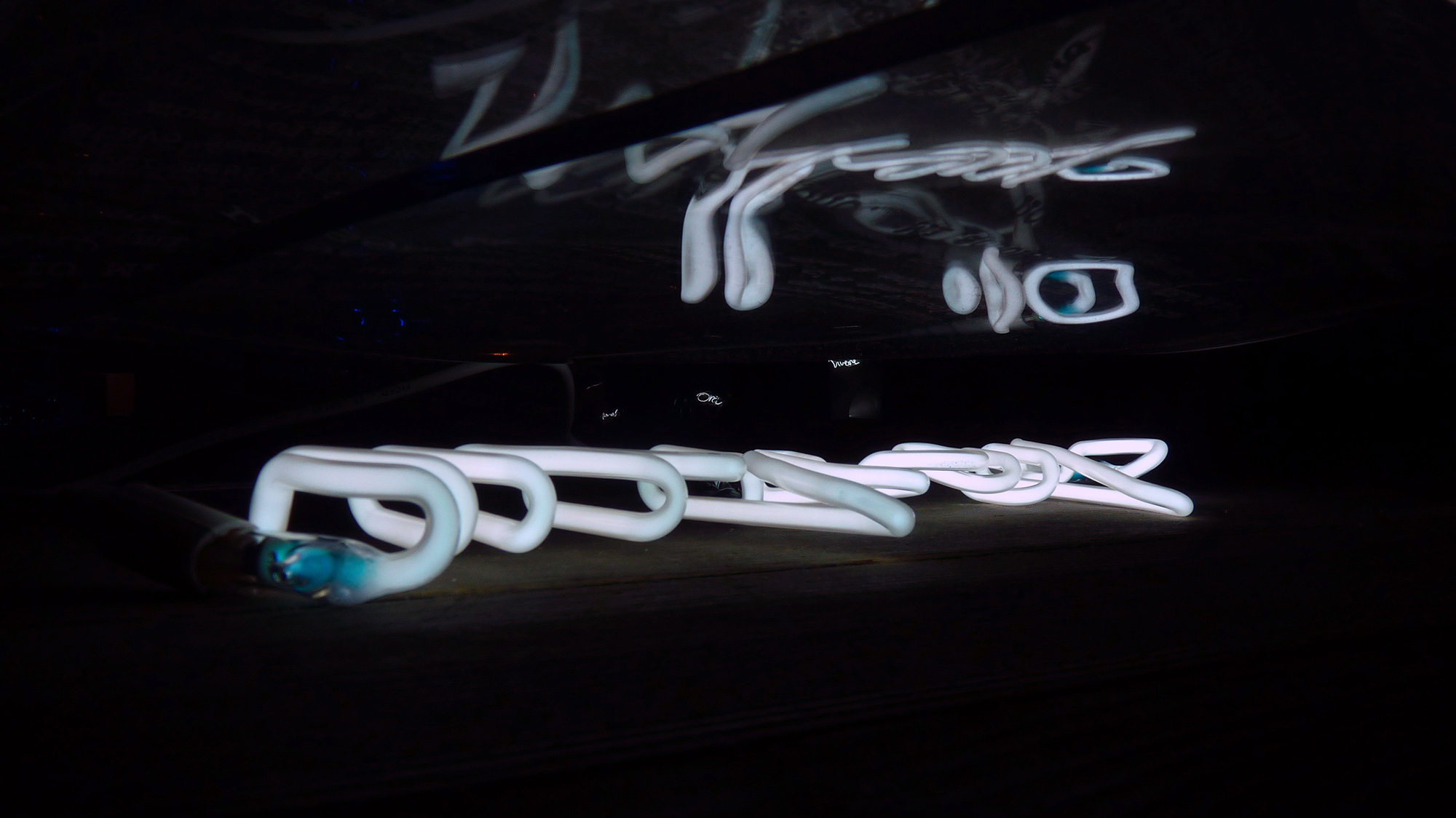 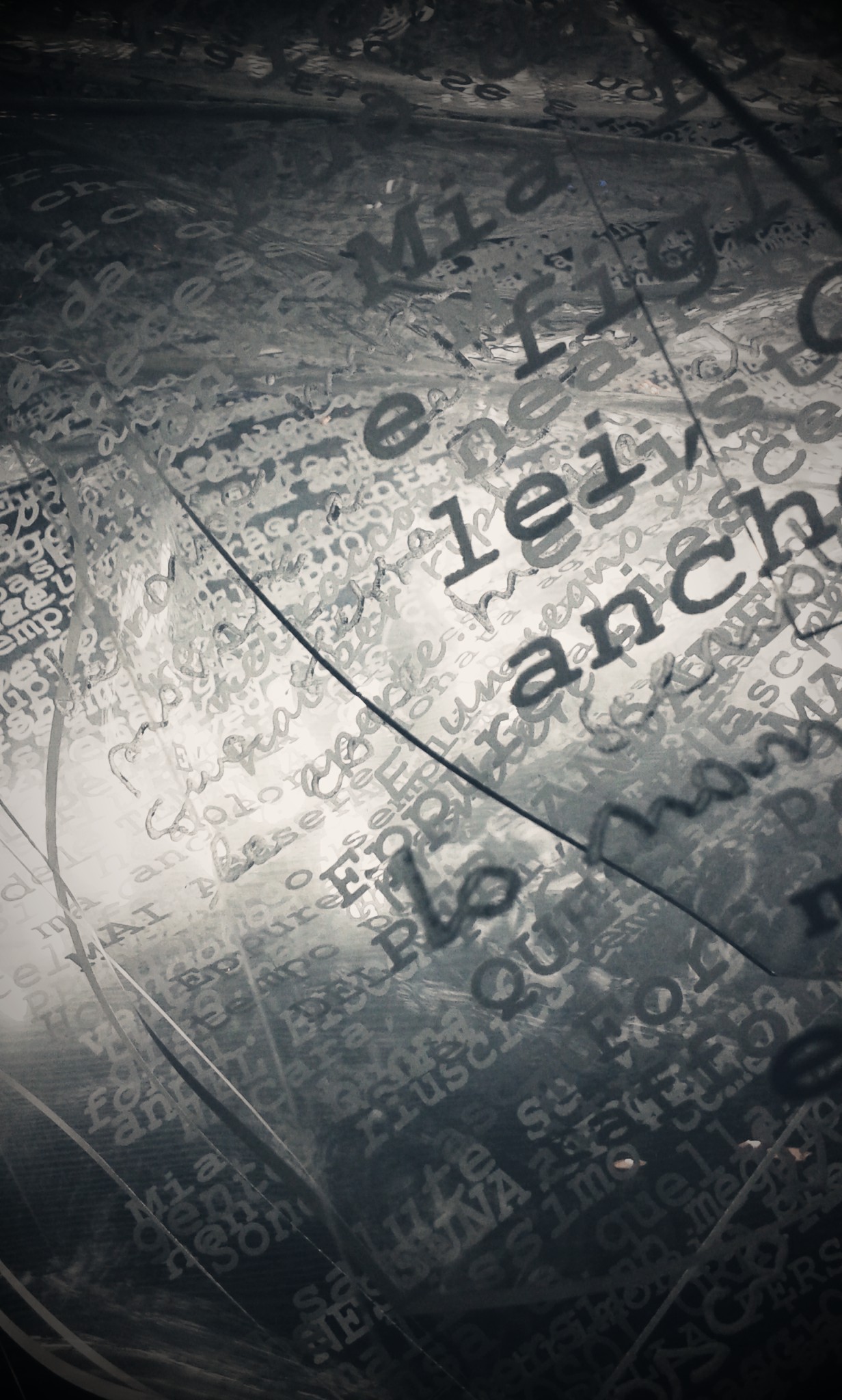 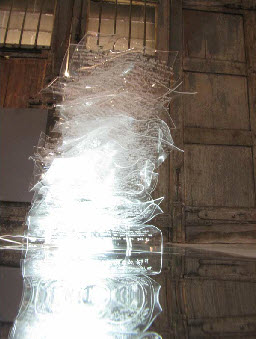 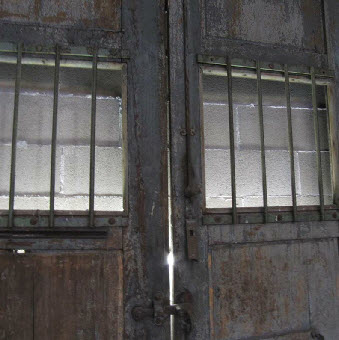 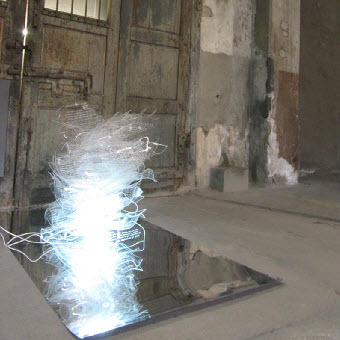 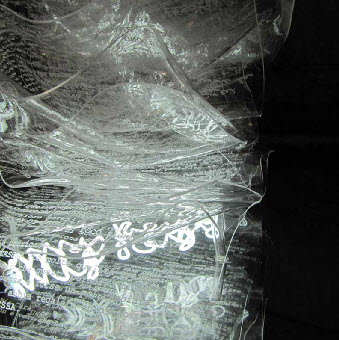 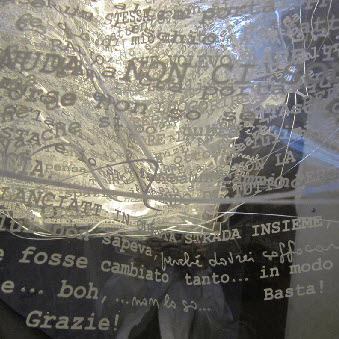 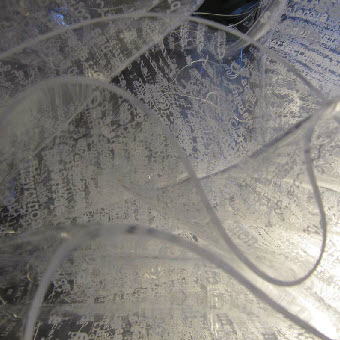 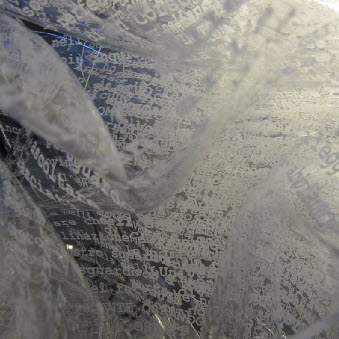 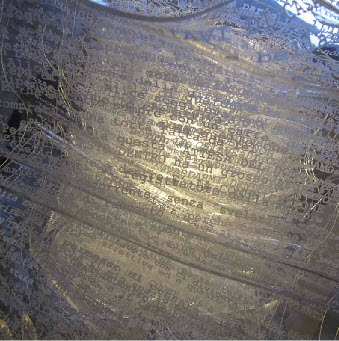 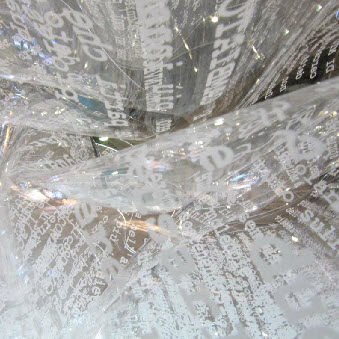 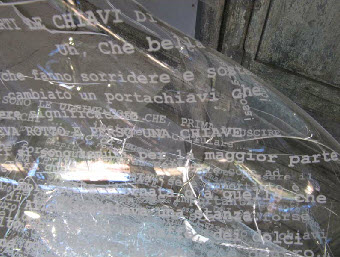