Il pizzo non si paga, 2010, takes the form of an embroidered curtain, held by a white neon lighting and bringing out the transparency of the fabric. It’s a plastic cloth, maniacally decorated through patterns from the Renaissance art, which are metaphors of a rebirth. It’s a soft and bright drape, to light up dreams, expectations, wishes. Still its’ also made by engravings, that deeply retain history and memory. So, here is a repeated sign that time after time reaffirms the romantic genuineness of a feeling. (C. Cravero)
The idea is to “open window” open to the world, in a land without mafia. In fact, Sardinia is an Italian region in which the mafia culture failed to take root because of the deep sense of self-righteousness of the Sardinians. (book by Pino Arlacchi “Because there is no mafia in Sardinia. The roots of ordered anarchy “) 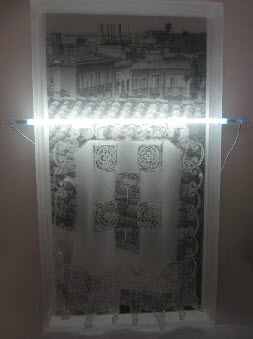 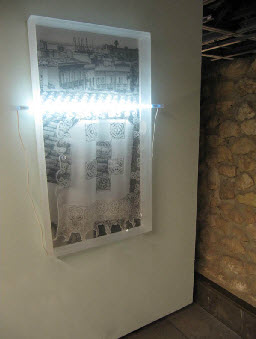 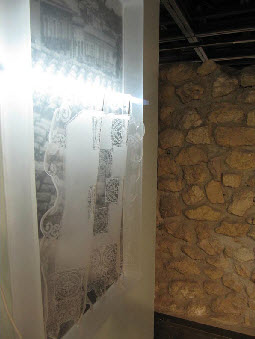