The words in Sham as blurred, almost invisible ones. Here the square plexiglass sheets – thick, matt and iridescent – hide several lines of verse from different languages which, despite all, come merging into a whole. Dream like.
It’s a movement from transparence to colour. But the colour itself comes from the transparence of many plexiglass sheets superimposed in order to reflect the light spectrum, as to say that colour is the sum of the artist’s efforts and achievements, a clearing and a new beginning, from where on her mind and heart feel free to move toward the Zen spirituality.
So Laura Ambrosi uses Sham to deal with something other than the plasticity of matter she’s used to. Making the most of its nature, the artist plays on plugs and pins to produce new effects of reflection and projection onto the surfaces of Sham, playing with light to disclose the inside words to the observant eye. And that’s what happens with Sham, whose words of hope – the lines “absence-presence” – are moving toward some light to catch and reveal, as the artist herself explains. (C. Cravero) 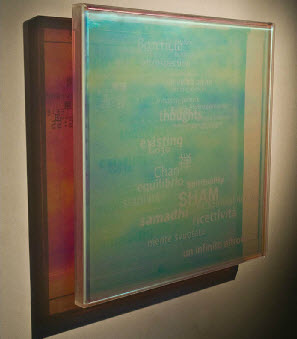 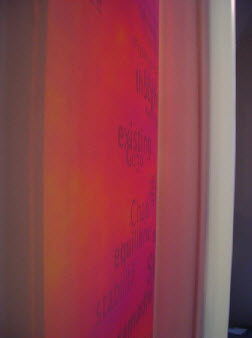 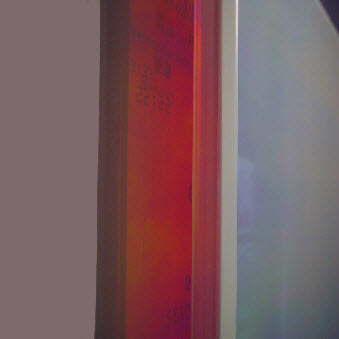 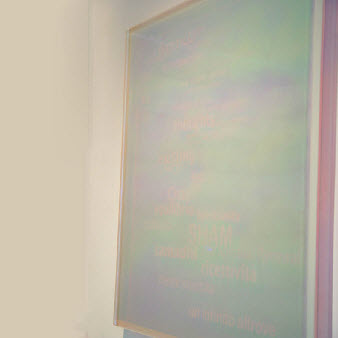 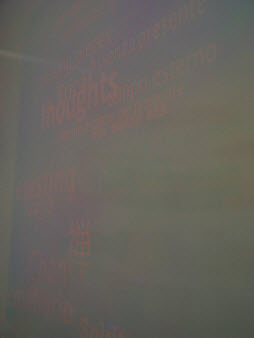 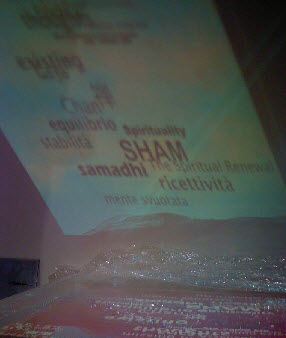