By choosing the title Soap Opus, with its clear reference to the TV serials that are a reflection of contemporary drama, Laura Ambrosi immediately reveals what the work is made of: soap, the same soap normally used by housewives to do laundry, used by women dreaming of a world made ever rosier by the power of the remote control.
Laura Ambrosi ironically subverts that same world in which she has been immersed with an acute inversion of meaning: tragedy is in fact transformed into comedy, a new viewpoint from which to observe the events that constitute everyday life.
In some of her recent works, Ambrosi, who like the gods and heroes of Greek myth masks and transforms herself, there are references to a Penelope who with her own hands weaves and undoes what she has woven while awaiting her loved one.
Maintaining the skill of Arachne herself, Ambrosi seems however to transform herself into Calypso, the slayer’s victim perhaps, but her metamorphosis is in any case an expression of what the Greeks called thélgein, the power to make another ill with one’s glance, the seductive art that enchants and reduces to silence.
Inside the former Methodist church in Turin, viewers are synaesthetically reminded of the material used in the intervention: soap.
It is in fact a material that can be walked on and perceived through touch; from the instability of its surface, viewers also smell its intense scent; visually they are invaded by floating bubbles whose images run as a parallel in the video-installation; and on the level of sound, they are soothed by a hypnotizing, enveloping melody. (Claudio Cravero) 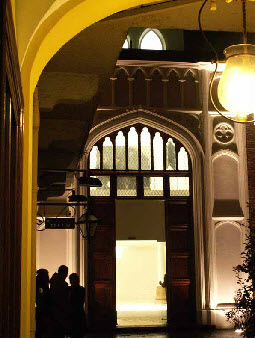 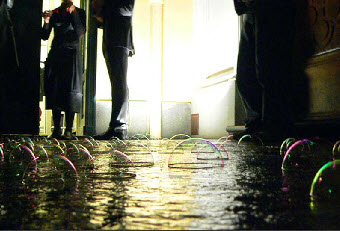 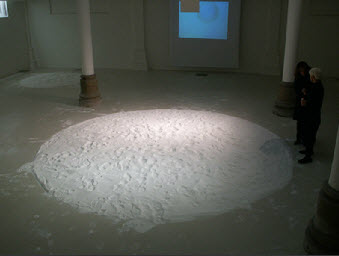 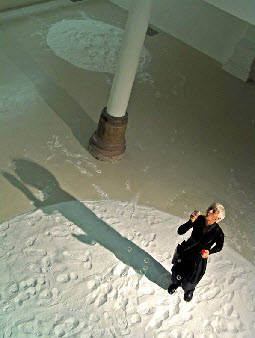 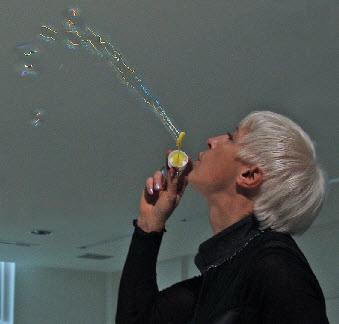 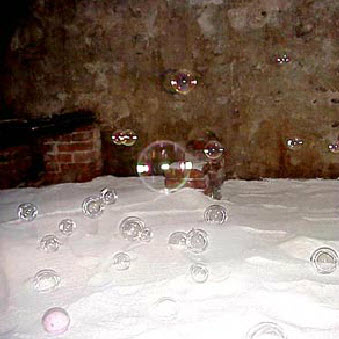 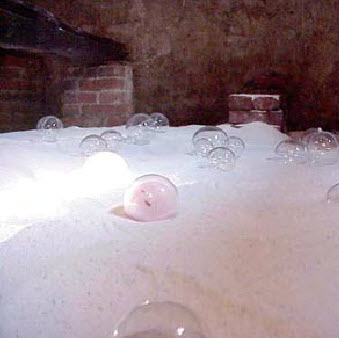